Avira Free Antivirus includes the same payment-version detection engine and provides real-time threat blocking. The free version also includes a module of options for safe browsing, an option that is usually only available in Premium or full versions. In this section, Avira is the one that offers a greater versatility, since its extension for the safe navigation is available in a greater number of browsers like Google Chrome, Internet Explorer, Firefox and Opera. This compilation of options makes Avira Free Antivirus one of the most complete free versions of the market.

The Premium or full version of Avira offers a very interesting compilation of advanced options to obtain a more complete security profile. Some of these options include monitoring and monitoring of electronic transactions for secure purchases, additional secure online banking features, network and email attack protection, monitoring functions for Removable devices and some other extras that can be consulted on your website.

Avira Free Antivirus is available for Mac, Windows and Android.

The installation process for Avira Free Antivirus is simplified to the extreme. Just follow the steps of the Installation Wizard and choose the type of license of the antivirus to be able to have it all configured in just a few seconds.

Although the installation of two antivirus or security suites may cause incompatibilities in the system. In the beginning Avira Free Antivirus does not require to uninstall any other antivirus or security program, so it can be used in combination with other tools or to carry out tests of test.

As for system resources, the amount of storage destined for the installation of Avira Free Antivirus is within the average, with approximately 860 MB of space on the hard disk. As for the MemoriaRAM, we have appreciated a difference compared to the average of antivirus analyzed with a scale that is between 70 and 150 MB, which is usually much lower than the average and therefore could be installed on the most modest teams.

The first feature that we have to review of Avira Free Antivirus is the update of its interface. As mentioned above, Avira has a long history in the security utilities market and its interface has remained unchanged over the last few years.

The change the interface of the program is remarkable to adapt to the new emerging technologies and its operation in the devices with touchscreen. However, this function is obviously not very useful in the free version of Windows.

The program’s configuration pane reports on the current security status and offers several options available. From the central window we can choose to perform a quick scan or customize the type of analysis by choosing between the compiled options of the left bar that will then run automatically following our instructions.

Other options available in Avira Free Antivirus include access to files stored in the quarantine, as well as viewing system logs.

Both the quick and the exhaustive analysis will take depending on the amount of files stored on the hard disk. However, both are easily accessible and intuitive for the user.

Custom scans are another of the most useful functions built into this antivirus, because it allows to analyze in isolation certain areas that can be compromised in our PC, like for example, the document folder, removable drives, units and verify certain processes running.

Although the free version of Avira includes a firewall module, this is not really a firewall itself, since it only offers a set of tools to more efficiently configure the Windows native firewall, as well as additional options for its Activation and deactivation.

Its interface includes advanced configuration options and allows you to choose a custom profile of alerts and warnings from the program.

Avira is one of the programs that includes better testing results. The last report issued by AV-Comparative from July to November in the past year has positioned this antivirus in the eighth place of the list of the 21 compared assigning an efficiency rate in the protection of 99.7%.

Another ranking whose report was issued by this side are labs in the period from October to December 2017, a company in the sector that uses very different parameters to measure the products that AV-test, position the antivirus Avira in the fourth place of the Ranking of the 13 antivirus compared.

In short, the free version of Avira offers one of the most efficient and complete protections of the market that nothing has to envy to the majority of antivirus premium of the moment. However, we have noticed that its interface is slightly more optimized for mobile devices, although this does not hinder its operation on the desktop. 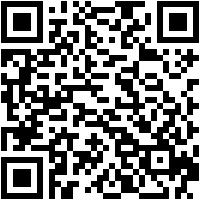 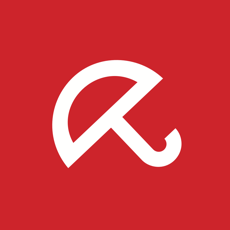