Aware Free Antivirus has been another security suite that has added to the inclusion of an antivirus engine in its compiled software. Previously this company was known as Lavasoft, being its detection program of AD awares one of the most popular in Windows, which has a wide trajectory in the sector. As Lavasoft currently aware, is a company that has been producing security products since the year 1999. 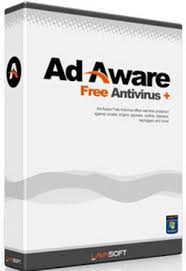 The main difference between the free antivirus and the full version, is that the free version has omitted the blocking of webs and the module active Virus control, which is an additional protection capable of monitoring in real time the behavior of programs and Applications for suspicious behaviors or malicious files that are not included in the virus database.

The Aware Free Antivirus installer is a small executable based on the typical window-by-window wizard. However, we must note that this installer includes software options and compatible applications. Many antivirus scanners detect competing software and other security applications and force them to uninstall it during the installation process. Instead, aware adds a much more practical approach by detecting previously possible incompatibilities and offering the compatible installation, which randomly disables those functions that could cause conflict with the software already installed, so It can be installed in combination with other antivirus or security tools.

As in other occasions, aware free Antivirus requires to create a free account to send the verification by email and to validate the account. This process is also usually common in the installation of other antivirus both free and paid.

After installation, updating the virus database will begin immediately by adding about 251 MB of space for the required files.

The interface of the program is quite simple and the main panel shows in the first place the protection status on which the PC is located.

The interface includes all the options available in both the free and paid version. However, the functions of the latter are disabled in the free version.

Among the options that we can find the free version we emphasize the capacity to carry out deep analysis, fast and personalized.

The custom scan provided by this free antivirus has a pretty good configuration profile. Allowing to adjust a wide variety of parameters to adapt their functions to an individual security profile. However, the free version is limited in simultaneous custom scans, so this can only be run individually by file or folder to check.

In terms of real-time protection, aware Free Antivirus includes all the necessary options for the integral protection of the PC, for example, scanning of e-mail, scanning of individual files, scanning of the boot sectors, comparison With the database of local files, etcetera. However, you will miss some advanced options that are included in the free versions of other antivirus scanned here. On the other hand, the options integrated in its interface also present a very limited profile.

The lack of integrated options in its interface at the same time can be an advantage for the more novice users. Among the most advanced functions, we the possibility of shielding the initial configuration with a security PIN to protect the modification of the antivirus configuration by malicious programs or unauthorized users.

The antivirus engine is the same in the free version that is the version of payment. We have not found reports or security test of the free version, however, during the period from February to June 2017 AV Test published a report on the aware Pro security granting a detection rate located at 97.8%, which would place the version Pro in the number 18 of the 21 antivirus analyzed.

Our conclusion after having analyzed aware Free Antivirus is that it is a very adaptable light antivirus especially focused on the most novice users in security matters. However, due to the lack of functions implemented and that a priori is not incompatible with other tools, they could complement their functions by adding another antivirus or security suite to take advantage of their potential by compensating the options that Lack.