Bullguard is another antivirus that carries a wide trajectory in the sector of software specialized in security. Provides real-time protection, blocking, and an efficient anti-spam filter with 24-hour customer support and advice.

Synchronized protection between cross-platform devices is only available with Bullguard Premium. The installation is very simple and the process does not differ at all from other antivirus that we have analyzed in this page. All we have to do is follow the installation Wizard steps by clicking Next until completing the process.

Both the installer and some files hosted on the computer occupy the average space which other similar programs around 1GB once the installation process is completed. The registration form requests the usual data in this procedure such as email to validate the account.

As with other antivirus in the basic Bullguard interface we can find the buttons corresponding to the features of the premium version, obviously deactivated. Through a link included in the same interface can be upgraded to the full version to have available these functions if the user wants. Ignoring this part of the interface the performance, effectiveness and operation of the free version is not affected at all.

As for the custom scans and reports, one of the advantages of this antivirus is the extensive personalization capacity in terms of its handling. Since it is possible to go back in time to rescue past reports from a particular file or a group of them in order to evaluate details.

As soon as secure web browsing and blocking malicious URLs, this integrated module in Bullguard antivirus presents additional advantages to another antivirus scanned on this page because it does not require browser extensions and runs completely online and in Background regardless of which browser to use. We will only perceive the operation of this module in the event that a threat has been detected, automatically directing the infected page to the URL of the antivirus sending alerts and requesting the action of the user, to leave the Web page or decide to Visit her anyway.

The anti-spam filter for e-mail is probably together with the secure navigation module The two most noteworthy features of this antivirus. Blocking spam can be integrated with any email manager that we use and presents one of the most powerful filters analyzed on this page for this purpose. As for the personalization of the security profiles for blocking spam in the email is also presented quite complete adding a wide compilation of options to fit the needs of each user.

As far as the detection tests are located slightly below the average of other antivirus analyzed in this page. The most recent report of Bullguard that was held in the past year 2017 by AV Test was ranked number 15 in the ranking with a detention rate of 98.7%, a fairly decent percentage but not the best of its rank since it has been exceeded by the MAcfee , Bitdifender and Kaspersky, just to mention one of them.

One of the highlights among users about Bullguard Antivirus is its customer service that qualifies as unbeatable and efficient behavior with system resources.

In conclusion Bullguard Antivirus has a good ratio in the detection of threats without throwing many false positives, positioning itself in this last point above other antivirus of its rank. However the efficiency of its heuristics is slightly below its competitors. A slight disadvantage that compensates with its anti-spam filter for e-mail and secure browsing of webs. 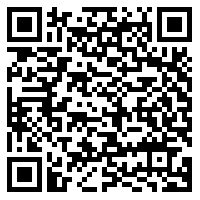