Comodo Free Antivirus has postulated as one of the best free antivirus in recent years competing directly with the big brands of renown. This antivirus is compatible with Windows 10, 8 and 7, Linux and Mac.

Notable features include real-time protection that blocks all types of malware instantly before it can be installed quietly and cause system damage.

Like other antivirus that we have analyzed on this page, Comodo Free Antivirus has a test area or limited environment where you can run applications and programs susceptible to include malware.

Programs and applications that can be run in a limited environment are very varied, such as the browser that is usually infected in a recurrent way by browsing through malicious sites. This sandbox or test area makes it even more difficult for malicious programs to make changes to the operating system. 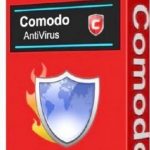 An interesting feature of Comodo Free Antivirus for advanced users is that they include a host protection system that can be configured by a broad parameter of options to fit a custom profile to define what each application You can do within the operating system.

The only point where falters in function of other antivirus compared in this page, is in the omission of a module of filtering of webs in the free version. Otherwise, Comodo Free Antivirus provides all the necessary tools for extended PC protection.

The installation of Comodo Free Antivirus does not differ from the typical window-by-window wizard. However, in this case we have to review as we have done with other antivirus analyzed, the need to pay attention in this process. Well like other companies include the possibility to modify the default search engine by adding the Yahoo search bar. This process can be omitted directly by unchecking the corresponding checkbox in the Advanced Settings menu. However, the Comodo Free Antivirus installer also includes other additional options not included in other antivirus that can be useful.

Among the most noteworthy options of the installer include the possibility of installing Dragon browser that is the secure browser of Comodo and allows to configure the DNS by means of the secure DNS assignment of the company, without need to modify or make adjustments in your regular browser.

Because of this compilation of options the installation process of Comodo Free Antivirus can be delayed a little more than normal. Updating the database usually takes about 2 minutes, ranking in the average of most antivirus analyzed on this page.

The first thing we have to highlight of Comodo Free Antivirus is the versatility of its interface that includes the possibility to add a small desktop widget. Its configuration panel recalls the most conventional antivirus in appearance. However, within the main window we will find an option to change the view of settings to advanced settings where we can modify a series of specific parameters that extend beyond the settings of common options in most of Antivirus.

For users who do not want to complicate life in configurations can use this antivirus in standard mode. The scanning module includes the two generic types of analysis, the most superficial analysis for major system files that typically takes about 2 minutes on average and the full or deep analysis that will scan all user files including Programs and applications.

Diving among the advanced options of settings we find an interesting classification scan, which allows to monitor the processes in progress to detect the possible suspicious files. This function could detect applications and programs that are not malicious in themselves but are not considered reliable, as well as other unknown files that are not in the Comodo database.

Like other antivirus here analyzed Comodo Free Antivirus allows to perform customized scans of specific folders or files. This can be executed by two different ways, analyzing the desired folder or file directly from the configuration panel or through the shortcut menu.

The option to perform scheduled scans is also present in the scan modules. In addition, like other antivirus includes the possibility to make a bootable CD or a USB flash drive to run the analysis and cleanup when booting the PC when the operating system is compromised.

The virtual environment of Comodo to run suspicious applications is the most complete that we have analyzed in this page that can complement perfectly with Comodo Dragon, the browser secure that complements this antivirus and is based on Google Chrome. This browser allows inter alia to use secure HTTPS connections, search for committed or doubtful SSL certificates and block suspicious cookies, among other functions.

But without a doubt, one of the most complete options included in this free antivirus is the HIPS module that allows to define rules of behavior for programs and applications. An option that will appreciate the most expert users and allows a wide range of configuration and personalization. However, the most novel users would not have to worry about, because simply leaving everything by default can continue to enjoy the best security fit in your system without hassle.

As with other brands, there are no recent analyses of Comodo Free antivirus. However, the last available report of a product of the firm was made in February 2018 for Comodo’s Internet Security Premium (which shares the same antivirus engine of the free version) and obtained an excellent performance result with a 100% detection Positive. However, the system performance report was below other antivirus scans here, especially when it comes to copying files with 256% more of the average time.

In short, Comodo free Antivirus is a very interesting free antivirus, especially for its advanced features that are not in the free versions of other antivirus. However, it will require some advanced knowledge to be able to get the most out of all its possibilities. On the other hand, although it is native antivirus does not include filtering of webs, this function can be included additionally downloading the complementary browser. Finally, the few measurement tests carried out on this product indicate that their consumption of resources is more demanding than in other free antivirus, so perhaps it would not be the recommended option for modest or some senior teams.