Kaspersky Free Antivirus has just recently released with the free or reduced version of the well known and famous antivirus, which has always been leading the first positions among the antivirus pay for its efficiency in terms of security.

The main advantage of free antivirus Kaspersky is that its engine is the same as in the version of payment and therefore its effectiveness is maintained. The functions included in Kaspersky free Antivirus include web filtering and real-time detection.

One thing that has caught our attention when it comes to downloading Kaspersky Free Antivirus is that while other antivirus of the competition announce to Bombo and saucer its free version to download, in the official website of Kaspersky This option is kept slightly hidden . However, it continues to be there.

Once you have downloaded the installer, the process is very simple and you just have to follow the steps indicated in the wizard. This process does not differ from other free antivirus or payment antivirus and will take about 1 or 2 minutes depending on the resources of each computer. In addition, Kaspersky requires to create a free account on its official website to register the antivirus and receive a validation by email. This process is also habitual and recurrent in the installation of other antivirus both free and paid.

One of the features of Kaspersky’s free antivirus that attracts attention to the naked eye, is its minimalist interface to the extreme. It only consists of the basic options of scanning and updating the database. Obviously the full version of Kaspersky Antivirus includes many more options that are disabled in the reduced version such as privacy protection, parental control, electronic transactions and additional protection for Other devices.

The fast scan like other antivirus that we have analyzed in this same site takes about a couple of minutes. However, the full scan can take more or less depending on the storage of the computer and its hardware.

Unlike other free antivirus that we have analyzed in this page that allow to perform customized scans, this would not be a viable option in the free version of the Kaspersky Antivirus. However, quick scans can be programmed to run at any time of the day.

To compensate for the lack of customized scans, the integration of Kaspersky Free Antivirus in the context menu of Windows is good and right click on any file on our computer we have the possibility to be analyzed by the antivirus.

The second module integrated in Kaspersky free Antivirus is the filtering of webs that instantly blocks access to malicious sites. The engine included in this module looks for malware on the pages that run in real time to detect the main threats or possible phishing attacks. This module has been reviewed as one of the most powerful both free and paid antivirus.

Kaspersky Lab is a brand that does not need to be presented in the field of computer security. This company has a wide trajectory in the sector and year after year they lead the first positions of the premium antivirus worldwide with better detection rates. For the first time, Kaspersky debuts with its free antivirus that for the benefit of users, has maintained the same engine of the full version.

In this section it is necessary to note that in addition to obtaining one of the best indices in the detection of malicious software, Kaspersky has also earned its reputation as one of the antivirus with less false positives, how they determined the reports emitted by AV-Comparative in the years 2016 and 2017, years in which the company obtained fourth and fifth place respectively of the 21 antivirus analyzed with a positive detection rate of 99.7% and 99.8%.

Kaspersky Free Antivirus is a robust antivirus that offers all the power of the popular Kaspersky engine without restrictions with a simple and easy interface widely optimized for direct use. However, by reducing the included modules, more advanced users might miss the inclusion of additional options for customizing the security profile. 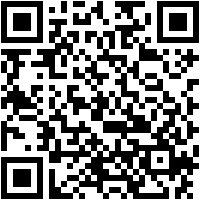 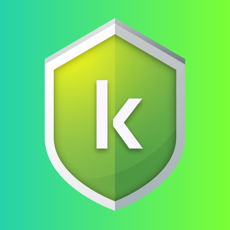