Panda Free Antivirus belongs to panda Security, a Spanish company that has a wide experience in the field of computer security.

The antivirus engine of its free version is the same of the version of payment. However, unlike other antivirus that we have analyzed on this page, does not contain web filtering and has been added very few security extras.

An additional feature that is not included in other antivirus is the inclusion of a VPN for secure transfer. However, more than an inclusion we could consider it a test, because in the free version it is limited to a transfer of 150 MB per day.

The Panda Dome product range includes several extended anti-virus capabilities, including from firewall to VPN with different transfer limitations and increased synchronization between computers and online devices. You can see the differences in their website.

The installation is simple and it is only to follow the steps of the wizard. However, we must emphasize the need to revise each of the Windows of the Installation Wizard, because in one of them it is requested to change the start page and the predefined search engine that works with Yahoo. But just reading each window can omit this process if desired.

Like other antivirus scans on this page, during the installation process of Panda Free Antivirus will request the activation of the account that is to enter an email to create a free account.

When you start the program for the first time, a quick scan will be done to detect the security status of the account. The antivirus interface is quite simple but attractive, presenting a function distribution using activation modules.

The scan module has the two common market types, the quick scan for the superficial analysis of the system files and the complete scan that also includes other programs and user files. Additionally, both scanning systems can be programmed to run in a given time slot.

Real-time protection that blocks malicious programs is synchronized with secure Panda servers in the cloud. This can cause in some cases the slow of file openings while they are analyzed by the antivirus. However, the program has the option to request immediate execution before the end of the scan.

The USB protection mode can vaccinate removable drives to prevent direct execution of malicious software using EXE executable files, requesting immediate analysis as soon as it detects that a new storage device has been Introduced into the system.

We have to make a special mention to the Panda Rescue Kit, a set of utilities for recovering the PC in case of infection that affects the system startup. Because through its installation in a USB live we can analyze the entire operating system externally restoring missing files and eliminating threats that block the startup.

Panda Free Antivirus also includes a gaming mode that allows you to reduce performance and processes in order to reduce the consumption of resources while running video games and other recreational applications.

One of the most noteworthy features of Panda’s free antivirus, is the Process Monitor module, which allows to show the processes that are running within the operating system very similar to how they are shown in the Task Manager of Windows. The process view allows you to select the time range in which a particular process has been executed to check its recurrence over the days, weeks, and months. This option would certainly be very useful to determine damage and its permanence over time in case of infection.

Panda Free Antivirus is available for Windows, Mac and Android.

In this section we must note that Panda products are not usually tested by the most popular testing portals as they do with other antivirus industry. In any case, Panda was included in ten tests for the report of AV-Comparative issued in February 2017 placing in the fourth place of the 21 antivirus analyzed with a positive rate of 99.5%.

Panda Free Antivirus is a very solid antivirus with a simple interface and adaptive handling especially focused to the most novice users. However, some additional options not included in other antivirus or as the VPN and Process Monitor function could arouse the interest of advanced users as the ideal complement of the Panda antivirus engine that is shown to the height of the antivirus more Popular market. 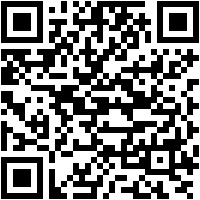 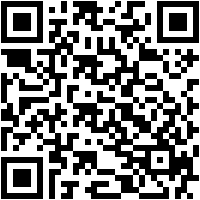