Many people will be surprised to find ZoneAlarm Free antivirus + Firewall as one of the most powerful antivirus on the market. Since it has recently taken a step further to improve its security suite that has a long track record among security programs for Windows by incorporating an antivirus to provide real-time threat detection. Among the tools built into the suite, your firewall or firewall has always counted with excellent ratings in the security products market.

ZoneAlarm free Antivirus + Firewall has been released by the big door incorporating the powerful Kaspersky antivirus engine to its security suite that complements perfectly with the power of your firewall and adds custom protection options.

As expected the free version leaves out many of these protections that are included in the Premium version such as real-time email monitoring, web blocking, cloud site protection, etc.

How it happened with other installers analyzed on this page. The free-version Installation Wizard includes two configuration profiles and subtly recommends keeping the profile set to default. The custom profile is located a little lower than this and from here we recommend activating it to review all the steps of the initial configuration, because in one of the windows of the wizard is enabled by default the option to install Yahoo toolbar as Default search engine. This step logically we can avoid unchecking the box where it is indicated.

As we have pointed out on many occasions, the installation of two or more antivirus or security suites could present some problems and incompatibilities of system. However, during the installation of ZoneAlarm free Antivirus + Firewall It is not required at any time of the procedure to deactivate other related programs.

In this case once again it will be necessary to create an account to register the product by entering the email. As we have noted many times, this process is common in most facilities in the antivirus both free and paid.

The interface of this antivirus does not look as clean and minimalist as others that we have analyzed here. Well, there are a lot of options in the initial window that can take the attention away from the main modules.

As for the default analyses, we find this function somewhat more limited than other antivirus scans analyzed on this page as for example Avast Free antivirus or Avira, because it does not allow to carry out customized scanners from the program window. However, this could be solved by running the antivirus directly on the file from the context menu.

The firewall is without a doubt the most interesting part of this antivirus free and where it stands out from its competitors. Since the Firewall configuration window we can select a wide variety of filtering parameters (all those that have not included in the scan and Analysis module) to control the attacks on the network and block them instantly, in addition to monitoring Exhaustively the activity of all programs and applications installed to detect suspicious behaviors.

In the technology of the firewall it is noted the great experience and trajectory of Zone Alarm, because remember that this has been the best firewall for Windows for many years before Microsoft included the native firewall in its operating system and later Your native antivirus Windows Defender.

ZoneAlarm Antivirus + Firewall is usually not analyzed by the usual test portals. This is probably because it uses the Kaspersky antivirus engine.

The most recent analysis issued by AV-comparative corresponding to the period from July to November 2017 and placed the Kaspersky antivirus engine in the seventh place of the 21 antivirus analyzed.

The report of AV-test of domestic antivirus issued in February of 2018 determined that the effectiveness of the Kaspersky antivirus engine in the blocking of threats was of 100% and therefore its level of effectiveness would be comparable to that of ZoneAlarm having included the same Engine in both the free and paid version. However, we must emphasize that the rresto of benefits included in the Kaspersky security suite would not apply to the Zone Alarm, since they only share the antivirus engine.

Our conclusion on the ZoneAlarm Free Antivirus + firewall is that it is an excellent firewall that combines the efficient technology of your firewall with the power of the Kaspersky antivirus engine. However, both technologies have not been combined in the most efficient way in their interface and because they are not incompatible programs, both programs could also be installed together and still not affect system resources. 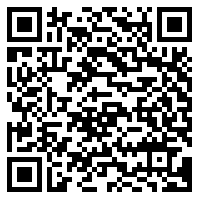 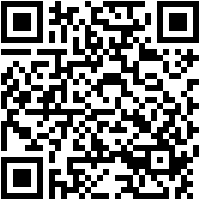 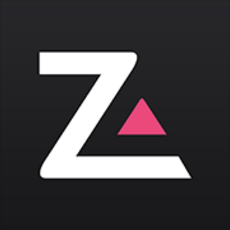